I stayed up way too late last night.  Yes, I was writing… mostly.  Normally it wouldn’t be too much of a problem, but this morning my 3yo woke up two whole hours earlier than usual.  Worse than that, instead of either snuggling with me or playing quietly (our bedrooms connect) she climbed up to get a toy that was too difficult to play with alone, then cried loudly and dramatically when she couldn’t figure out how to put it together.

Normally, I am snuggly Mommy in the morning.

This morning, I wasn’t her.  I was grumpy Mommy, and I told my daughter this in so many words.  I didn’t use a cutesy voice either; I used a normal, grumpy tone that let her know that being woken early to a display of her own crankiness over a toy she knew she wasn’t supposed to get out had the consequence of a grumpy Mommy!

All right, I wasn’t just writing last night (my word count for the day was pathetic) I was chatting on twitter.  But connecting with other writers is important, isn’t it?  In particular, I was talking with whiteminolta about the importance of communication and trust versus the importance of sex in a relationship.  It wasn’t much of an argument, as we found we pretty much agreed.  But later in the night, I saw a link on my feed that initially alarmed and offended me.  It said The Most Dangerous Place For An African-American To Be Is In The Womb of Their African-American Mother.  Isn’t that insulting?  Or racist or something?  Then I noticed that the link was posted by whiteminolta.  She is an African-American woman.  Suddenly, my perspective changed.  Should I still be offended?  Certainly the phrase can’t be racist, because it was posted by an African-American.  I didn’t know what to feel!

Clicking on the link, the first thing I noticed was that the author himself brought up the word “racism”, as well as the political differences between the left and the right.  I admit that my twitter feed, like the rest of my life, is very white.  But that’s not by design, it’s that as my connections have naturally grown, almost everyone I’ve felt a desire to connect to is white.  In fact, when I saw whiteminolta on my feed via some mutual friend or connection, part of the reason I started following her was the fact that she is not white.  Does that make me racist?  I hope not!  I enjoyed our brief exchange about sex and communication, but the language she uses sometimes confuses me a little.  I can understand her meaning readily enough, though the words are not familiar to me, and in the very (embarrassingly so) white state of Vermont, I’m not likely to ever hear them spoken aloud.

This morning, I started reading links with the other members of The Red Dress Club.  I was halfway through Erica M’s post when I realized that she must be African American.  It wasn’t vital to the story, but suddenly I started questioning myself and how I was reacting to it.  I actually hesitated posting con-crit (as is one of the main goals of sharing via The Red Dress Club) because I suddenly wondered if my very sheltered, white life experience was preventing me from understanding some key element in her post.

Another more worldly, experienced woman wouldn’t be confused or intimidated by the differences our skin color makes in our perceptions and communications.  But I’m not her.

Another friend, or rather group of friends, I sometimes have trouble understanding are the many erotica writers I’ve befriended on twitter.  I love them to pieces, but I have had to bookmark the Urban Dictionary because words frequently appear that I just don’t understand!  Call me naive.  I won’t argue!  I’m learning a lot from these friends, and the language and the sexual innuendos (or lack of innuendo!) fuel my sexy romance-writing skills.  I’m not about to embark on a series of sexual escapades for the sake of research; but reading their tweets and blogs and fiction and (gasp!) photos and videos is helping me open up as a writer.  I sometimes watch their banter on my newsfeed, fascinated by the shocking bluntness and sexuality of their language.  If we were sitting together in a coffee shop somewhere, I would be terribly uncomfortable with some of their sexual comments, and I’d be embarrassed by the foul language; yet on twitter, I find it perfectly acceptable.  The only people who can “hear” are those who have chosen to do so.  But although I frequently jump into the conversations (including my own sexual innuendo or two) I don’t usually cuss.  Even in my novels, when a character swears, they usually do so in the usual Sci-Fi convention of “frak!” or some combination of Chinese, like in the TV series Firefly.  I am also fond of the word “Shostakovitch” as a mild curse.  I don’t need or want to use profanity.  That’s not me.

Last week a friend of mine deleted one of my comments on her facebook status.  She sent me a messaging apologizing, saying that some of her friends would be offended by my words.  Huh?  Me?  Offensive?  Even after reading her message, I still wasn’t sure what I’d done.  It wasn’t till my husband came home and explained that I had referred to monkeys as “animals” instead of “primates” or “furry children” that I understood what I’d done wrong.  Open mouth, insert foot, in spite of all intentions.  I didn’t think I was that person. 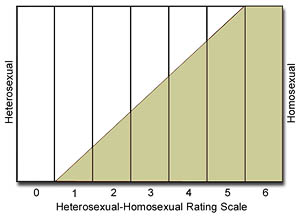 My novels feature a theme of group marriages.  These are not “sister wives”, these are nice, normal, traditional marriages that consist of several men and several women.  I expect that many of my readers may be part of the Gay/Les/Bi/Trans community.  But I’m not gay, or lesbian, or transsexual.  I do believe that Kinsey was onto something with the theory that all people fall somewhere along a scale, instead of being strictly heterosexual or homosexual.  I don’t know if the graph would be a true straight line (More on that later…  I have a poll going on facebook.)  or if perhaps it would be better to assign a percentage.  Any way, no matter where I am on the scale, I am not everywhere on the scale.  I’m just one person, with one point of view.

I’m worried about sticking my foot in my mouth.  My rough draft reader is a lovely woman I’ve known for many years, though we’re not very close.  She has been happily married to another woman for several years, which gives her a very different perspective from mine.  I’m hoping she can point out any places I may have inadvertently written something that might offend.  (Although I don’t care if I offend people who find anything but strict heterosexuality offensive.)  Although many Gay/Les/Bi/Trans stories feature a theme of a taboo relationship or defiance of social norms, the main reason I set my stories on a fictional planet is that I wanted to write sweet, endearing romances where the only gender issue was the individual’s personal preference.

In fiction, I can explore multiple points of view.  In real life, I have only me.  But even though I’m not “her”, I can try to understand her, and not only respect her opinions and point of view, but realize how she came to have them in the first place.

A writer by birth, a redhead by choice.
View all posts by AmyBeth Inverness →
This entry was posted in Writing. Bookmark the permalink.

4 Responses to I’m Not Her