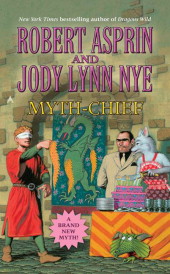 I get quite angry with my husband when he turns to someone we’ve recently met and says “My wife should interview you!” or when he tweets to one of my friends “I’m sure my wife will buy your book as soon as it comes out.” In the first case, once he’s mentioned an interview to someone, if I don’t immediately chime in with “Yes! I’d love to interview you!” it leaves me looking stuck up and makes the person feel awkward. In the second case, I’d be broke if I bought every book released by everyone I follow on twitter and facebook.

Yesterday, we were traipsing through the mall with Grandma and the girls and , of course, we spent some time in the bookstore. After perusing the shelves for familiar names, and drooling over all the books I not only can’t afford but would never find the time to read, I picked out a couple of books to add to the “To Read” stack.

Which reminds me, I really should update my profile at Goodreads. There are two books I’m currently reading. In print, so I can curl up in bed, I have Myth-Chief by the late great Robert Asprin. Apparently I’m not as caught-up with his books as I thought I was; Borders has several listed that I haven’t read yet. I’m also in the middle of Jane Kindred’s The Devil’s Garden, which I’d been looking forward to ever since I interviewed her months ago. I really want to buy an e-reader so I can curl up in bed with some of these stories that I can only get in electronic format. Itwould also make proofreading for Dreamspinner Press much easier.

So what did I buy in this recent excursion to the bookstore? I’m always a bit disenchanted when I think that many published authors I follow may never have their book on this store’s shelves. There is a corporate buyer who determines what actually makes it into the store and for how long. In the end, I chose two books.

Trial by Desire by Courtney Milan I bought because I know she will never let me down. I’ve loved everything I’ve read from her, including the occasional blog post or tweet.

The second book I bought was When Harry Met Molly by Kieran Kramer. Now, before this, her name was unfamiliar to me. I wasn’t friends with her on facebook, I wasn’t following her on twitter.

The first thing I noticed was the title. With so many forgettable romance titles out there, this one caught my eye right away. Secondly, looking at the cover art, I absolutely love the smile on her face. I dearly hope that if I am published someday, my cover artist will be this good. The third thing I did was to read the back cover blurbs, which confirmed the idea that I would like to read this book. Glancing at the author blurb inside the back cover, seeing that she once worked for the CIA, also piqued my interest. 8)

Several things occurred to me after I bought this new book. How does marketing work? Or rather, how does it not work? She has three books currently available, and another will be available soon. All of these books are exactly the kind of book I love to read and would buy either on line or at an actual bookstore.

I’m not a hermit. I buy books regularly. So how did I, a member of the exact target audience, not know about them till I just happened to come across it on the bookstore shelf months after its release? If the bookstore had decided to only give them shelf space for a few short weeks, I would never have known about them.

I’m sure that the author and publisher did all the things that authors and publishers do when a new book is released. Probably more. When Harry Met Molly was also a 2011 RITA® finalist for Regency Historical Romance. The publicity was out there.

I think the problem is that there are many great books out there, and the only way to find exactly the one book (especially if it’s a new author) I like is to spend hours pouring over covers and blurbs either on-line or in the store. But I don’t have time for that. These books were probably on the shelf the last several times I went to the book store, but I didn’t notice them with nothing but the spine showing. They might not have even been anywhere near eye level.

Computers and internet are revolutionizing the way books are bought and sold. I hope that this revolution will soon find a better way for readers to find the books they’ll love, and for authors to find the readers that will appreciate them most.

A writer by birth, a redhead by choice.
View all posts by AmyBeth Inverness →
This entry was posted in Commentary & Musing and tagged Goodreads, Jane Kindred, Myth-Chief, Robert Asprin, The Devil's Garden. Bookmark the permalink.

2 Responses to Why Buy?