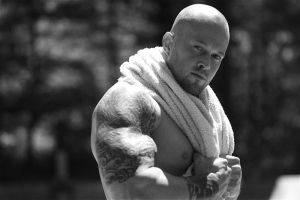 The idea of posting interviews on my blog was an early idea that has worked out well. I love doing them, and it gives me a good anchor of something I do every week. Only once have I missed a Friday when an interview fell through, and I filled in with a fictional interview of one of my characters. I am prepared to do that again at any time!

I started finding my interviewees from my twitter feed; writers I liked or was curious about. My connections with Star Trek Phase II also provided some interesting subjects, such as next week’s interview with Dave Galanter. Sometimes I contact someone and say “Hey, can I interview you?” Sometimes I announce “Who wants to do an interview?” and I find volunteers.

I like combining the well known with the not-known-at-all. For one thing, it is easier to prepare an interview for a pre-published writer. They often turn out to be really interesting people, and the tiny bit of publicity they get from my blog helps them get their name out there too. The well-known authors have the advantage of already having a following, and I get more blog hits. Sometimes I find myself in over my head as I research a subject, hoping to compose an interesting and relevant set of questions, but I keep uncovering more and more interesting facts till I’m in an avalanche of possibilities. I might reach out and try an interview with someone who is widely celebrated, such as George Takei (Wouldn’t that be great?) but besides the difficulty in getting a busy celebrity to agree to an interview, it would also be much more work for me to make sure I’m looking into all the different things they’ve done and are currently doing.

After Dave’s interview will be a subject who is neither a writer nor related to the publishing field. John Quinlan is a former wrestler, a male model and a family man. I first came across him while searching for a picture to illustrate a story for The Red Dress Club. The story was about a narcissistic actor, so I needed to find a picture of a man who was Hollywood handsome. Also, my friends had been joking recently about how adding “man candy” to blog posts always increases the number of hits lol! As I frequently do, I went to Wikimedia.

Wikimedia is great for bloggers because it has tons of images that are free to use. With a little searching, I decided on this photo to illustrate the story “Postcard“. To my surprise, I began getting hits to the blog because people were googling John Quinlan. I didn’t even know who he was! But the search kept showing up on my dashboard consistently. I decided to take advantage of this, and used other pictures of him a couple of times.

Then, my twitter friend and author Cassandra Carr asked “OK, whose picture do you want to see shirtless on my blog?” (See previous comment regarding man-candy and blog hits.) I asked for Christian Slater and John Quinlan. She came through on both counts.

Fast forward a few weeks, and both Cassandra and I were surprised to be contacted by John himself! He’s a real sweetheart, and was quite flattered to be featured on our blogs. Cassandra dedicated a post to him and he kindly chimed in the comments to talk to the readers.

I would love to see John on a romance cover someday! Nothing’s sexier than a man who not only has an incredible body, but does right by his wife and kids. I’m looking forward to interviewing him.

7 Responses to Who To Interview?