SciFi Q of the Day: Can Good SciFi Lack Plausibility?

Posted on February 28, 2012 by AmyBeth Inverness 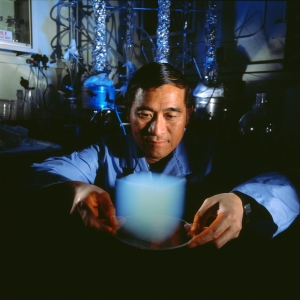 SciFi Question of the Day: Is it possible to have a good SciFi story when the science behind it lacks plausibility?

AmyBeth Fredricksen The STNG episode where they discovered Riker was cloned by a transporter accident?

Patty Wright well if the transporter is possible, than so is that. (Though not technically “cloned”… just “copied”.) The transporter reads your molecules, takes them apart, then duplicates them somewhere else. So it could make a second duplicate. (This is why McCoy insists you die everytime you go through the transporter.)

AmyBeth Fredricksen Sheldon thinks so too. 🙂

Gwendolyn Wilkins I’m willing to overlook that lack of solid, hardcore science in my sci-fi if the story is good. Personally I’d take a little glossing over and implausibility to an Doc Smith-esque exhaustive description of how the electrical capacitors in the navigation console work.

James Lucius Implausibility, to me, has always been part of the willing suspension of disbelief. As long as the implausibility is internally consistent I don’t have any problem with it.

Dave Mac Fantasy is when some guy flys into your childrens window and takes them away to Never Never land where they will never grow up or mom and dad never gets to see most of them again.

And they live happly ever after!

Patty Wright I don’t know… I live in a land where the boys never grow up.

Patty Wright if you watch the latest, British movie of Peter Pan it’s actually the tragedy that it was written as…. Peter Pan looking into windows at families he’ll never be a part of because he refuses to grow up and become a respponsible, adult man. Leaves me crying every time…

Dave Mac Having two people I known over the years where their children were taken from them… I don’t know, this whole Peter Pan issue disturbs my calm.

Patty Wright anyway… back to the question of the day… sorry AmyBeth!

Dave Mac Yes. A total brain interface for the Captain’s Chair so the ship responds to his every command.

James Lucius ‎*Imagine the fracas when the ship tries to scratch his butt.*

Brent Stires  –  All of them really

AmyBeth Inverness  –  +Brent Stires do you mean you’ve never seen/read SciFi that did have plausible science?

Brent Stires  –  Well some of it is yes, but most really isn’t.

Stargate- wormholes probably no
Fifth Element- all of it no, lol

KeriLynn Engel  –  Most definitely; I think there’s a spectrum of speculative fiction that ranges from fluffy fantasy to hard sci-fi, and there’s more overlapping & in-between than there is on the ends of the spectrum.

Chloe Saint Claire  –  Yes, definitely. As long as your reader can maintain their suspension of disbelief, the story can work without necessarily adhering to the laws of physics/science//whatever

Laston Kirkland  –  absolutely… but you MUST remain internally consistent. If the moon really IS made of cheese…. and tides sometimes pull stringing ribbons of this cheese to earth… and people who eat this cheese end up the moon cheese masters, well then. you’ve got… um. you’ve got…. where was I going with this again?

Thomas Sanjurjo  –  And http://gizmodo.com/5426453/the-physics-of-space-battles for the fault of over realism.”Any technology, sufficiently advanced, will seem like magic” ~Arthur C Clarke

Thomas Sanjurjo  –  +Laston Kirkland, Anne McCaffrey was brilliant at that. Her son has picked up the torch for Pern very well I might add.

Christopher Blanchard  –  I like to think of a quote from the guy that did the movie “Braveheart.””I never let something like the truth stand in the way of a good story.”

I think the same applies to hard science. 🙂

The only way of discovering the limits of the possible is to venture a little way past them into the impossible.
Any sufficiently advanced technology is indistinguishable from magic. Sorry, was quoting off the top of my head earlier, here are the actual Three Laws of scientific prediction, as per Arthur C Clarke.

Jim Hanson  –  What +Laston Kirkland said a thousand times over. Internal consistency is the bread and butter of any scifi (or fantasy) story.

AmyBeth Inverness  –  +Jim Hanson & +Laston Kirkland …which is why my “Writing” folders have just as many Excel spreadsheets as they have Word documents! 🙂

Laston Kirkland  –  mine all look like the calliope mall doc.

Jim Hanson  –  I really want to write a period pulp scifi some day, set in the far of future world of 1999 and using the scifi conventions, knowledge, and tropes of the 1930-1950’s – rocket ships, moonbases, a Mars covered in a dense forest and inhabited by dinosaurs and ancient, dignified, dying aliens…

Laston Kirkland  –  I’ve been thinking the retro-future thing… with shiny cigar shaped rockets with fins and spandex suits with random perpendicular disks at theshoulders, wrists and ankles would be a fashion trend similar to steampunk. I suspect that’s going to hit in a few years. The Jetsons look…. as nostalgia.

Thomas Sanjurjo  –  I’m working on an alternate history based on the plausibility of luminiferous aether. Kinda steampunk but high scifi, it’s pretty fun. Having “light engines” that traverse space is a strange alternative to hard scifi.

Jim Hanson  –  I even designed a retro robot in the vein of the Robot from Lost in Space and Robby from Forbidden Planet, et al. Mine has no face, exactly, but has a bunch of different emotional “face plates” on a Flip-Clock style system (http://en.wikipedia.org/wiki/Flip_clock) under a glass dome so it can rotate through to the correct emotion as it’s data spool dictates.

If you wanna know more about it.

Laston Kirkland  –  its also a big part of the back story behind the mad scientist character class of Mage the Ascension..also called “The Son’s of Ether” (they are very upset that a council of technocratic mages have agreed to no longer believe in Ether)

Jim Hanson  –  I read a pulp story once where they built conventional rocketships that were capable of local interplanetary travel, but could also absorb matter straight from a star to give them a super-charged burst (not unlike Star Trek’s “warp”) to travel interstellar distances. I’m surprised few people ever picked up on that idea, because using random stars as gas stations sounds like a very practical, albeit fantastic.

AmyBeth Inverness  –  Stargate Universe capitalized on the “Stars as Gas Stations” idea with the inter-galactic ship periodically dipping into a sun to refuel.

Jim Hanson  –  Yes, but it was using the stellar gasses to fuel it’s FTL reaction. This was more like… swinging from vine to vine to get from Tree 1 to Tree 2, only with stars. I just think of the plot implications it could have… Your destination might only be 50 light years away, but if you can only take on enough stellar matter to make a jump of 20 light years at a time, and there aren’t any good candidate stars between here and there, you might wind up having to take a route of 100+ light years to get to your destination.

SciFi Question of the Day: If I wrote a story about a ladder with one end permanently connected to the Earth and the other end permanently fixed to the moon, would you question my scientific basis, or just go with it?

Would your answer change if I said Morena Baccarin would play She-Ra in the screen adaptation?

Gawain Ouronos I, for one, would quickly question your scientific basis – which is a lot better than what I would do if I didn’t “know” you!

If you also mentioned She-Ra, I would have no choice but to quickly defriend you! 😛

Santi Fabrellas LOL, I thought about this same premise years ago. The end connected to the Earth should rotate, and it should be a string made ladder, or something flexible.

Joseph Kerezman The Moon would have to be in a GeoSynchronous orbit for that to work.

Gwendolyn Wilkins I guess if it were a really *stretchy* ladder…  Wow, they really DID do that in She-ra didn’t they!! (Flashbackz!!!!!)

AmyBeth Fredricksen I remember She-ra riding her winged horsie to the moon, throwing a rope at it, and towing it back to where it “should” be…

michael interbartolo  –  probably would question it, but Morena would help me get passed it 🙂

Graham Guy  –  It would tie itself in knots, so that might be an issue. Having said that, If Morena Baccarin was going to play She-Ra I’d watch it whatever logical challenges the story might throw.

Charles Moore  –  What about a http://en.wikipedia.org/wiki/Space_elevator instead?

Jenn Thorson  –  It would depend on whether the tone was fable-ish or not and how many other fantastic things were in the piece.

AmyBeth Inverness  –  +Charles Moore I’ve been up to my elbows in space elevators lately (More on that later!) and I will eventually segue into the Jacob’s ladder idea!

Charles Moore  –  But yeah, tied to the moon? I’d question it. That’s the sort of science I expect from bad made-for-syfy channel movies, but I expect better from stories. 🙂

Space elevators that go into geosynchronous orbit but not directly to the moon? That I’m okay with.

A horror story based on the idea of a Jacob’s Ladder kind of construct (space-elevator like?) I’m all over that awesomeness!

AmyBeth Inverness  –  Horror? I took up a challenge once to write a truly evil character. The best I could do was really annoying. The antagonists in my stories are rarely evil; they’re more complicated.

Charles Moore  –  Horror doesn’t have to have evil characters. Just evil situations. Look at much of HP Lovecraft’s stuff. His evil things are things, not people….

AmyBeth Inverness  –  I really do need to read more Lovecraft… that’s a really interesting point, that “Horror doesn’t have to have evil.”

The next SciFi Q of the Day will be up next Tuesday.

A writer by birth, a redhead by choice.
View all posts by AmyBeth Inverness →
This entry was posted in SciFi Q of the Day and tagged Aerogel, Morena Baccarin, Peter Tsou, plausible science, She-Ra, Space Elevators, Space Ladder. Bookmark the permalink.

4 Responses to SciFi Q of the Day: Can Good SciFi Lack Plausibility?