Update? UPDATE? Do I look like I have time to write an UPDATE?!?!

Yes. Busy. In the best way. Rewriting/lengthening my previously published Lunar Shorts for my upcoming series The Cities of Luna. I’m also writing a few brand new stories, because they are knocking on the inside of my brain begging to be let out.

Most days have been “good” days. Not quite meeting the 2k/day goal, but I’m getting there. I’ve also been doing lots of planning stuff such as locating the cities on a map of the moon.

This map isn’t hard and fast…think of it as an electronic version of scribbling a story idea on the back of a napkin. It’s not meant to be perfect and pretty for the public to ooh and ah over…it’s meant for me to keep myself consistent regarding how the cities are related to each other and to the Apollo landings. And it’s not finished yet. Here’s what it looks like so far: 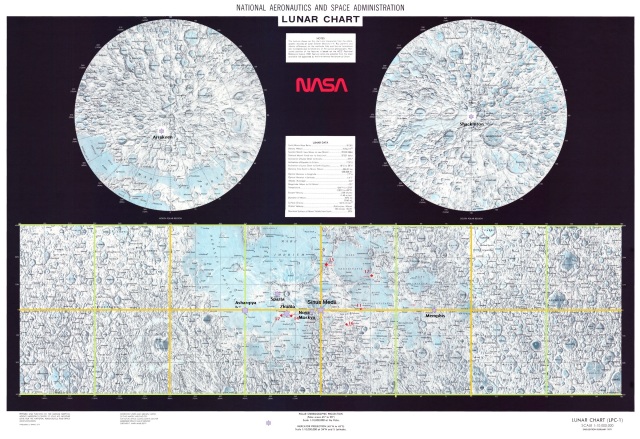 A writer by birth, a redhead by choice.
View all posts by AmyBeth Inverness →
This entry was posted in ROW80, Writing and tagged lunar map, The Cities of Luna, weekly goals. Bookmark the permalink.