By the Way, This Character’s Not Caucasian

Posted on September 23, 2014 by AmyBeth Inverness 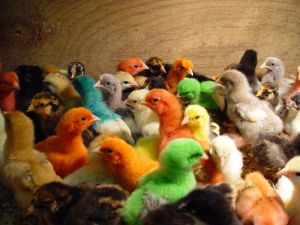 Diversity. I want to embrace it, not hit the reader over the head with it. In one story, I have a daughter intertwining her brown fingers with her father’s darker ones. That’s about the only clue the reader gets to the fact that the characters are black. In another story, it’s integral to the plot that father and son are speaking Indonesian, and I specifically state that they are from Indonesia.

In many of my stories, I never give a single clue as to the character’s ethnicity. Most of the time, since the stories (the ones I’m working on now) are set on the moon, it doesn’t matter.

But it does matter to me that the reader understands how diverse the society I created is. Americans didn’t colonize the moon all by themselves. Yes, some nations were more involved than others, but there were numerous groups, both corporate and political who were integral to both the colony’s founding and its growth.

So here’s my challenge. Writing people as just people, not as an ethnic stereotype, while at the same time somehow getting across the fact that the Loony society is a true melting pot.

I have edits! I’ve even sent a bunch of them back for round 2. I also created a spreadsheet to help me keep track of which stories are in what stage.

I know about myself that if I don’t get a story “out” of me within a certain amount of time after I begin, it often gets stuck. Sometimes it grows legs and wanders off on its own. Sometimes it turns wonky and I can’t convince it to settle down and be normal again. Pastor Pastornack’s Sabbatical is in danger… I tried writing the rough draft by hand, like I did with Moon Dragons, and although I still think this works well (for shorts) I just…I don’t know. I’m 3/4 done and haven’t been able to finish it. I think I simply need to “tell myself what happens” and get the words out. Everything can be smoothed out, or extensively rewritten, in edits.

The other thing I accomplished this week was to register TheCitiesofLuna.com. I planned out just how much content this blog should have, and began to input that content. If this was a single release or even a trilogy, I wouldn’t create an entire site, I’d just make a page on this blog. But since The Cities of Luna is an ongoing series, hopefully for a long time, it deserved its own site.

Stop by the other blog and let me know what you think! I’m still in search of better artwork than the colorful topographical moon map I’m using now.

A writer by birth, a redhead by choice.
View all posts by AmyBeth Inverness →
This entry was posted in ROW80, Writing and tagged #ROW80, chickens, diversity, edits, loonies, loony, melting pot, Moon Dragons, Pastor Pastornack's Sabbatical, The Cities of Luna. Bookmark the permalink.

4 Responses to By the Way, This Character’s Not Caucasian