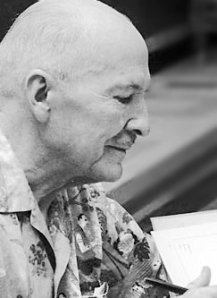 (Photo by Dd-b, taken at the 1976 World Science Fiction Convention in Kansas City MO USA, at which Heinlein was the guest of honor. Detail from the wikimedia commons image RAHeinlein.autographing.Midamericon.ddb-371-14-750px.jpg. Retouched by wikipedia us)

The first time I read about the concept of group marriage in a positive light was in the prolific works of the late great Robert Heinlein.  It is a recurring theme in his stories.  (OK, several spoiler alerts coming for Heinlein’s novels…)  In The Number of the Beast a father and daughter and their two love interests travel time, space, and alternate dimensions.  They eventually end up joining another of Heinlein’s groups including Lazarus Long (Much of his story is told in Time Enough for Love) and Lazarus’ own mother, Maureen (Her story is told in To Sail Beyond the Sunset.)

I was simultaneously fascinated and repulsed.  The marriage was written as one big, happy group, living together and raising children together.  These were not “sister wives”, but women who had active and loving relationships with their husbands and each other.  Likewise, the men were also passionate with each other, although it was clear that most characters preferred heterosexual relationships.  It seemed like such a great situation, taking a team approach to marriage and parenting!  But my conservative upbringing recoiled at the idea of such a free attitude regarding sex.  It didn’t help that Heinlein continued the shock value of the group marriages into the realm of incest, with grown children becoming their parents’ lovers.  Several of Heinlein’s group marriages were also “open” sexually, with different spouses taking sexual partners in various situations.  In one of Heinlein’s later works, Friday, a man meets a woman while he’s on a business trip and she eventually joins his already established group marriage.

Heinlein was not the only pioneer to explore the concept of group marriage.  In Star Trek, Enterprise, Dr. Phlox (a Denobulan, one of many alien races in Star Trek) has three wives, each of whom has two other husbands.  In the Star Trek, The Next Generation episode Up the Long Ladder, two colonies must unite and embrace group marriage in order to have a sufficient gene pool.

In my own stories, I wanted to create a society where group marriage was the norm, not some radical arrangement.  In order to provide a plausible reason for this to come about, I took a clue from Up the Long Ladder, and created a world where there was some kind of disaster that reduced the population of the colony to a dangerously low number.  Out of necessity, each woman has children by several men, and each man fathers children by several women.  The colony goes through a stage where “free love” reigns, and promiscuity is common.  Subsequent generations see many problems with this culture, namely the difficulty in providing a stable home for children when the parents have a complicated chain of relationships, and they eventually stabilize their tradition into closed units of several men and women.  The stories I’m writing take place several hundred years after the colony’s initial founding and struggles.

Life on Kingdom Come is pleasant and relatively uneventful.  My stories are not about saving the galaxy, nor about the next huge breakthrough in science.  There is plenty of Science Fiction in the setting, from the conveniences they use to their interaction with other colonies.  The stories are nice, sweet, spicy romances where the reader can never be sure how many or which genders might be involved!  Group marriages are the norm, and a “perfect eight” refers to four men and four women all in a union, and they get bragging rights if they reached that point via one large wedding where all eight came together.  Smaller marriages of three to seven spouses are common, and sometimes two small marriages merge to form one larger one.  Larger marriages are not unusual, although the government created an artificial “cap” of twelve spouses for logistical reasons.  Couples usually find themselves pressured by societal norms to “expand” their marriage to a more “normal” size.

While discussing this idea with another writer, they remarked that it might be very difficult to support so many spouses.  “Wouldn’t they all be on welfare?”  This question took me by surprise, because one of the benefits I was considering was the financial one!  I think my friend was assuming that only one spouse would work, trying to take care of a harem at home.  But just the opposite is true. 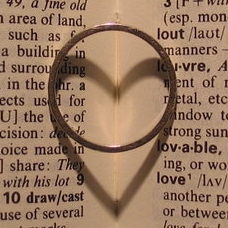 Consider it this way.  Take three suburban families, each with two parents and two or three kids.  Three houses, six cars, and the list of resources goes on.  Now, take those three families and unite them.  One large house could still be luxurious and not equal the size of the three “normal” houses.  Kids would always have siblings to play with, even if they didn’t share the interests as every brother or sister.  The family could probably get by with just two or three cars instead of six.  One or two parents could be homemakers, leaving the other four or five to pursue careers and provide financial support.  If one spouse was sick or lost their job, the impact on the family would be far less than if there were only two spouses.

How many of us have at one point wished we had a clone?  Someone else to do the laundry while we balance the check book?  How many moms have thought “I just need to run to the store for a minute, but the baby is sleeping, so I’ll have to wait.”  A team approach has many advantages in raising a family.

And it also presents a host of complications.

But those complications mean all kinds of new story ideas for a writer!