SyFy Q of the Day: Technobabble 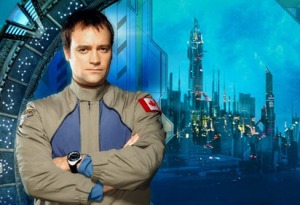 Before I even started this blog, I would occasionally pose a SyFy Question of the Day to my facebook friends. Sometimes, it was directly related to what I was writing, and I really did want some input to help me decide what direction to take with the story. Other times, it was purely fun. Here’s one of my favorites, from June 2011:

SyFy question of the day: What character has the best techno-babble?

Robert                  Spock: He at least makes sense… Data and Geordi’s treknobabble always seems to have something to do with remodulating something… that stopped making sense after the first couple times when it became evident that the Enterprise D crew were just idiots for not realizing they could simply have a rotating or random frequency modulator attached to all these devices that need “remodulating” all the time.

The previous SyFy Q of the Day is at http://wp.me/p1qnT4-lp Monitoring Preschoolers.

The next SyFy Q of the Day is at http://wp.me/p1qnT4-mL Roller Derby

A writer by birth, a redhead by choice.
View all posts by AmyBeth Inverness →
This entry was posted in SyFy Question of the Day and tagged Canadian on Stargate Atlantis, Spock, Stargate, technobabble. Bookmark the permalink.

2 Responses to SyFy Q of the Day: Technobabble