SciFi Question of the Day: Those Aren’t Planets… 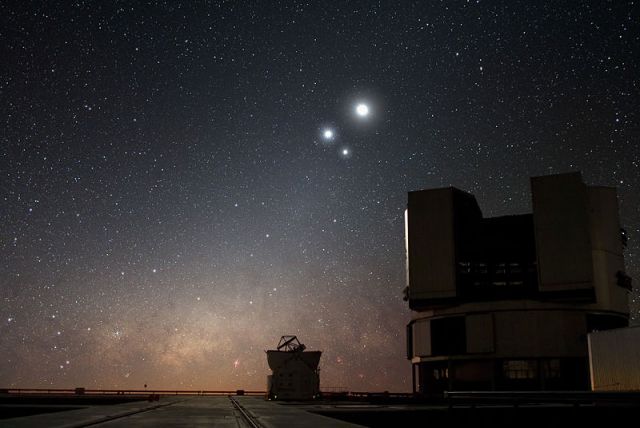 SciFi Question of the day: OMG! NASA has just revealed that those brighter than usual lights we’ve been seeing in the night sky this month are NOT actually planets as we’d originally thought! So… what are they?

Eylat Poliner Aliens? Spaceships? If NASA cannot get it right, who can?

Kirstie Hall seriously???? i was told they were planets but one of them looks like 2 stars so close together they almost touching but then could just b my shoddy eyesight lol

AmyBeth Fredricksen Actualy Kirstie, it’s just a new kind of Christmas decoration your neighbors are trying out. Sure, it LOOKS like it’s way up in the sky, but it’s really just in the neighbor’s yard.

oh I have said too much.

AmyBeth Inverness  –  I’m working that one into your interview… 🙂

But in all seriousness…what lights?

AmyBeth Inverness  –  +David Lee well, we thought that Venus and Jupiter finally came together in what astronomers call a planetary conjunction Tuesday.http://www.msnbc.msn.com/id/46734632/ns/technology_and_science-space/#.T2D9uxES38c

But that Tau’ri battlecruiser explanation is much more probable.

The previous SciFi Q of the Day is Play Dough

A writer by birth, a redhead by choice.
View all posts by AmyBeth Inverness →
This entry was posted in SciFi Q of the Day. Bookmark the permalink.

2 Responses to SciFi Question of the Day: Those Aren’t Planets…