SciFi Q of the Day: Are You Pondering What I’m Pondering? 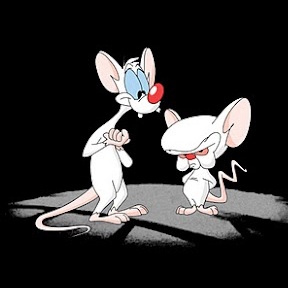 SciFi Question of the Day: Are you pondering what I’m pondering?

Cayla Ray   I think so, but a ninja mime would make a lousy spokesman since he’d be neither seen nor heard.

Juno Suk   I think so, but really, what is the statute of limitations on new words used in the SAT?

Juno Suk   The prequel to the previous pondering: I was pondering what you were pondering, but sadly, now I am not. But now I’m pondering why what I had previously pondered cannot be considered a preponderance. And for my next pondering, I shall wonder why there is no postponderance and why my next pondering cannot be called as such. And if postponderance would just end up having the opposite definition of preponderance, or could it really mean a pondering that comes after, which would be great because I have always wanted to coin a new word. And what if after such successful coinage, an SAT analogy of preponderance:postponderance was asked? What would be the answer? Because clearly they wouldn’t be opposites, though most students would clearly think they are. And what is the statue of limitations on new words in the SAT?

AmyBeth Fredricksen That was ponderous…

Charlie Cecil Riley   I think so, Amy, but if they called them Sad Meals no one would buy them.

Derri Herbert I think so, but I think getting the elephant past the guard might be tricky.

Brian Covault Are you pondering what I’m pondering? There is your answer. If you are, then Yes. Otherwise, no.

AmyBeth Fredricksen I don’t know about you, Brain, but I can hardly breathe when the corset’s laced up THAT tight…

Laston Kirkland  I think so brain… but the shoes would keep falling off the puppies.

Shawna Mac  If they invent an AI machine for pets and someone implants one in a chicken so we can hear its thoughts, will that make it morally wrong to eat chickens?

Laston Kirkland  honestly, for the last several weeks I’ve been trying to wrap my head around how big a real working dyson swarm of individual Mckendree cylinders would be. either 10 billion the size of Texas… or ten trillion, depending on how far out the sphere is formed.

So with only say 20 to 30  billion people…  (given triple human birthrates at current speeds) and the technological possibility of creating such a swarm by the end of this century….what would society be like?

AmyBeth Inverness  OMG I was pondering that exact same thing!!!

Laston Kirkland  heh, what would people do if we could technically without any hardship, give each and every person on earth a plot of land the size of Texas, with hills and valleys, mountains and rivers, forests and lakes… All maintained by robots, where most material needs are well covered by autonomous systems. http://io9.com/5902205/how-to-build-a-dyson-sphere-in-five-relatively-easy-steps

Would people bunch up into cities? I’d imagine so… and also lone people wanting solitude. plenty of space.and no matter how we tried, unless humans started cloning each other at the same rate the machines would clone the animals and plants…. most would remain empty.People would create every type of society they could think of.  some of them would prosper, many would not.

And still there would be empty ones

There would be entire ships (I’ve been calling them “Rama”‘s, after the book Rendezvous with Rama). devoted to specific ideals, a transhuman society, a cyborg collective, historical reenactments that avoid technology, kingdoms and despots, democracies and republics, some ruled by robots, and some rule by religions. perhaps an entire Rama filled with the clones of one man…

Plenty of room for ALL of them. With lots left over

Scientists would claim entire Ramas for experiments, the Rama of Dr. Moreou, experiments even Monsanto would blanch at…

Pirate Ramas full of the criminals and the unwanted,  Prison Ramas where they aren’t allowed to leave…

And STILL there would be empty ones.

Ten billion… or maybe a thousand times that number. just by moving them out a bit, and making more. with more land inside than Spain, France and Germany combined.

More than a man could count in the span of a normal life, let alone visit. each created by van neuman machines, acting autonomously.

yeah, been working on a plot for a book about that.

Wayne Beach  We should dentucream ourselves to the bottom of air force one and go weeeee weeeeou weeou?

AmyBeth Inverness  No, Wayne. That is most definitely NOT what I was pondering.

(Been there, done that. It’s not as fun as it sounds.)

The previous SciFi Q of the Day is Capes or Spandex

The next SciFi Q of the Day is Planetary Time

A writer by birth, a redhead by choice.
View all posts by AmyBeth Inverness →
This entry was posted in SciFi Q of the Day and tagged Animaniacs, corset, Juno Suk, narf, Pinky and the Brain, pondering, sad meals, statute of limitations. Bookmark the permalink.

2 Responses to SciFi Q of the Day: Are You Pondering What I’m Pondering?