Posted on August 7, 2012 by AmyBeth Inverness 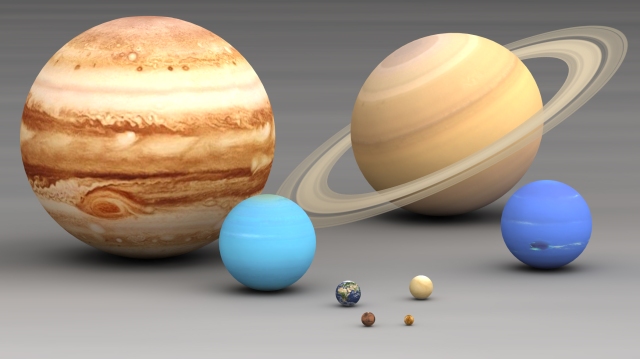 By Lsmpascal (Own work) [CC-BY-SA-3.0 (http://creativecommons.org/licenses/by-sa/3.0)%5D, via Wikimedia Commons

SciFi Question of the Day: Your colony is on a planet whose day is approximately equal to 19 1/4 Earth hours. Do you continue to use Earth time and say your day is 19 1/4 hours long? Or do you divide your planet’s day into a certain number of hours?

Derri Herbert I would divide my new planet’s day.

Dave Mac Does this planet have a Moon?

Dave Mac Two? Omg that changes everything. Are their orbits in conjunction with the rotation of the solar sun?

Daniel Beard are you on the surface or underground?

AmyBeth Fredricksen Our city is built on a long-dormant volcano. Liveable levels extend about a kilometer below the surface, but the towers of the city reach up almost that high.

Daniel Beard Ok, so you can’t just ignore it as if you were on Luna. Losing nearly a full quarter of the rhythm the human has evolved into. the primary question is how long do you sleep, and how long do you stay awake. that is something that the next few generations will work out.

AmyBeth Fredricksen There are competing factions on the planet who oppose each other, sometimes violently. Some think that the sleep pattern should mimic Earth, by spending 6 hours asleep and 12 or so awake. The other faction believes that alternating days should be spent sleeping and working.

And then there are the third party-goers… those descendants of Swiss watch makers who insist that local time should always match that of Geneva, whether it’s day or night on their own planet.

Dave Mac I’m throwing in with Daniel, let’s speed up the clocks so that more men can break the 5 minute foreplay mark again.

Derri Herbert sleep patterns usually (I say usually, as obviously people who live in the arctic circle aren’t awake OR asleep for weeks at a time) alter to a light/dark cycle – which is why shift workers go a bit mad 😛

Melissa Conway Where are the Aztecs when you need them??

AmyBeth Fredricksen I ask myself that every day.

michael interbartolo  How often do they interact with earth? I would keep day native to the planet and just think of earth as in another time zone on the other side if the international dateline.

James Russell  We would have to divide to successfully acclimate and not go insane.

Justin Stapleton  It depends on if my colonists can adjust to such rapid circadian rhythms. I have a feeling we would keep the 24 hours and invest in good window shades.

James Russell  Nah, we would just have shorter days.

michael interbartolo  Your circadian is more due to light dark than hours in the day. Based on my years of sleep shifting in mission control.

Kimberly Unger  Hm.  I’d keep “local time” and “earth time” much like we currently do timezones.  The length of light to dark can already vary hugely here on Earth depending on  the time of year and latitude, so I’m reasonably sure we could adapt to the shorter day.  Besides, building a colony requires a lot of morale, saying  “Planet X Time” helps turn the mind to this being “our” colony and “our” home…

AmyBeth Inverness  I think +michael interbartolo has a good point about how much interaction the planet has with Earth. A Lunar or Martian colony would probably use Earth hours and minutes, but if a planet was very self-contained, with only the rare arrival of a star-cruiser for interstellar trade, then it would make sense for them to make their own time.

J.Steven Carr  How about a nineteen hour clock? Like military time.

J.Steven Carr  Wait, would you live longer on this planet.

AmyBeth Inverness  How would the length of a planet’s day affect a human life span?

J.Steven Carr  If you are spinning faster, theoretically time would slow down for you.

J.Steven Carr  But that assumes the planet is spinning faster,right?

AmyBeth Inverness  Slightly, yes. But I don’t see how the rate of spin slows/increases the rate of time…

J.Steven Carr  As you approach the speed of light, time slows down for you. A good example is if you traveled at the speed of light for a year, you personally would be a year older. Time on earth would have passed by the tens of thousands of years. so when you go faster you live longer because time slows down. Whether it is significant depends on how fast and how long.

Miaka Kirino  I would suggest dividing the planet’s day into 20 hours, so that an hour is roughly the same as an earth hour but is still unique to the new planet.

Tiffany Marshall  I vote for a sort of dual system. A digital display of 19.25 hour-day planet time next to one of Earth. Otherwise people will lose track of the dates on Earth, too. Even if they don’t have much contact with Earth, I’m guessing they will have family or friends there and it wouldn’t be good to realize you hadn’t sent your friend a birthday greeting because you didn’t know what month she was experiencing.

The previous SciFi Q of the Day is Are You Pondering What I’m Pondering?

The next SciFi Q of the Day is The Dark Side vs. The Dork Side

A writer by birth, a redhead by choice.
View all posts by AmyBeth Inverness →
This entry was posted in SciFi Q of the Day and tagged day, orbit, planets, solar system, time. Bookmark the permalink.

5 Responses to SciFi Q of the Day: Planetary Time