Get Ready, Get Set…

Posted on October 31, 2012 by AmyBeth Inverness 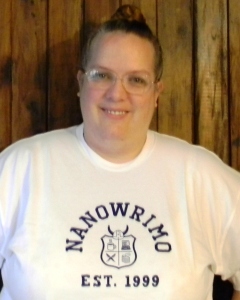 This week my level of writing has been below acceptable levels (less than 1k/day) however my level of preparing to write is exactly where it needs to be.

Tomorrow, NaNoWriMo begins. I need to average almost 2k/day in order to succeed. I can do that… but other things in life must be planned ahead. I’ve made a half dozen meatloaves and stuck them in the freezer. This afternoon I’ll do the same with lasagnas. I have enough other simple stuff in the freezer to help us get through November without having to spend too much time worrying about dinner.

This year, I asked my hubby for a few specific things regarding NaNoWriMo. I asked him to put a load of dishes in the dishwasher every morning (except trash day.) He also agreed to serve dinners if I did the actual cooking. That way, after I put dinner in the oven, I can go and write, and he will do the rest.

Last year hubby’s contribution was positively heroic. I had to travel to NC on a family emergency (which turned out fine after all was said and done, thank God) which means I left him alone with both kids for two weeks. Fortunately, his employer was accommodating with some extra hours off here and there, and he was able to bring our then 3yo into work with him until the babysitter picked her up. I was devastated to miss her 4th birthday, but I attended her party via a Google hangout.

So yes, NaNoWriMo also includes a kiddie birthday party! Fortunately, it’s early in the month, so most of the prep work is already done. It also includes Thanksgiving, but for us that will probably be a low-key family affair.

Over the past few months, I’ve pared down my blogging commitments. The SciFi Question of the Day doesn’t take too much energy, and I can do it even with kids and cats running amok. Interviews take a little more concentration… I have them scheduled out to the first week in January. If I can write the questions at least for the November ones today, I’ll be ahead of the game.

I’ve given up on finishing The Sojourner’s Guide to the Galaxy before NaNo. I’ll be moving on to The Chapel at the End of the Universe with a fresh start, then returning to the first book after NaNo. Short term goals: Finish CEU by the end of November and SGG by the end of December. Polish, edit, and revise in the new year, and query at least the first book (probably mentioning the series) no later than March.

I’m itching to start… I have a good idea of what happens in CEU in my head, but I haven’t outlined it. I tend to write better when I can get a rough draft all out of me in a short amount of time, so I’m really looking forward to this! I’m going to start typing at midnight.

This week, I have a couple of important extras! Yesterday, my first story was published in an anthology called Precipice. It’s available in both print and e-format from Amazon now, and will be available through other outlets such as Barnes & Noble very soon. Also, I have a short story entered in the America’s Next Author contest. You can read and download that story for free on the website. I’d appreciate your vote (just takes a click on the site, no log in) and if you’re feeling very generous, please leave a review! (requires a log-in with basic info) 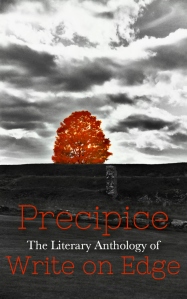 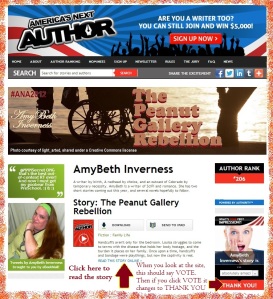 A writer by birth, a redhead by choice.
View all posts by AmyBeth Inverness →
This entry was posted in NaNoWriMo, ROW80, Writing and tagged #ROW80, 2k/day, NaNoWriMo. Bookmark the permalink.

6 Responses to Get Ready, Get Set…