Posted on September 4, 2014 by AmyBeth Inverness

Marx H. Pyle is a graduate of Vancouver Film School and also holds degrees in psychology and computer science. He has worked on dozens of films and various reality TV shows over the years. Between co-hosting the popular interview podcast GenreTaiment and writing for entertainment news websites like SciFiPulse, Marx has interviewed hundreds of web series creators, directors, producers, actors, and authors. His web series experience includes being the executive producer/director/co-writer of Reality on Demand, co-producer and director/director of photography of four episodes of Book of Dallas (which has over 2 million views), director of photography for two episodes of Star Trek: Phase II (a Hugo-nominated series and TV Guide winner), stunt coordinator/camera operator for the award-winning sci-fi series Aidan 5, and more.

His new book, Television on the Wild Wild Web: And How to Blaze Your Own Trail, comes out this October!

1) When did you first become aware that the web had, not just cute cat videos, but full-length, fan-produced shows?

I heard rumors… but I finally saw first-hand what non-cat videos were being made when I interviewed Damian Kindler in 2007 about his (then web series) Sanctuary. It would go on to be a SyFy Channel TV show lasting 4 seasons, but talking to him about web series got me excited about the possibilities. I started looking around for more and fan series like Star Trek New Voyages and originals like The Guild &The House Between. I’ve been hooked ever since and knew that at some point I wanted to make my own web series.

2) What was the first fan film you were involved with?

Technically a Batman fan film. I was the fight/stunt coordinator for it, but alas it was never released for reasons unknown to me. But the experience was tons of fun and we had a very legit looking Batman and Joker.

Later I had the great opportunity to work with you and the rest of the cast & crew of Star Trek Phase 2 for both Bread and Savagery and a vignette. Working on a fan production is very different from my experiences on other projects. It is like time travelling back in time when you walk onto that Enterprise bridge.

I worked scripts and continuity on “Bread and Savagery.” This picture is actually from the previous shoot where I stepped in briefly as a slate operator.

3) How many times on the set of Star Trek Phase 2’s Bread and Savagery did I ask you “Marx, am I doing this right?”

4) How were you involved with Aidan 5?

I had the great pleasure of being their full-time fight/stunt coordinator and part-time camera operator for season 2. It should be hitting the web soon. I’ve gotten to see some of the finished work and I feel confident that if you liked season 1 you will love season 2. More action, more twists, and more clones. I was a big fan of season 1, so it was a thrill to get to work with them for season 2. Mild spoiler, there are a lot more fights than season 1 and they are more elaborate, so I had my work cut out for me.

5) As a graduate of Vancouver Film School who also holds degrees in psychology and computer science, how did you become a fight/stunt coordinator?

I’ve been studying martial arts since I was in High School. Started with Kung Fu, Tai Chi and Judo then expanded out to Jun Fan, Kali, Muay Thai Kickboxing, Hapkido, Close Quarter Combatives, and more. When I went to film school it was easy to extend my martial arts background to film. I studied fight/stunt coordinating and have done it for a number of web series and films. It is always great to combine two of my favorite things.

It is a podcast show that I produce and co-host with Julie. We teamed up with SciFiPulse Radio and have had a blast doing it.

7) What kind of podcasts does Genretainment do?

We interview writers, directors, actors, authors and other talents that work on web series, books, TV shows, and movies. Sometimes we do special roundtable episodes where we bring on guests and talk about different topics, usually of a scifi/fantasy flavor.

Most of the projects we cover are scifi/fantasy/horror related, but sometimes we interview experts on writing and filmmaking. I call those our edutainment GenreTainment episodes. 😉

8) What is Alien Jungle Bug Productions?

It is our production company. We made a short film that I wrote, directed, and produced called Silence of the Belle. We also made our scifi web series Reality On Demand. We have other projects in the works, but I can’t talk too much about any of those yet.

9) What is your favorite memory or moment from attending a con as a fan?

That is tough, I have so many fun moments at cons. I remember the first time I saw the costume parade at Dragon Con. I had never seen anything like it and I felt like a little kid watching a Christmas parade for the first time.

10) What is your favorite memory or moment from attending a con as a guest or panelist?

I’ve had many great ones. One of the most recent one that really stood out was co-hosting Super Geeked Up LIVE at Boston Comic Con. The room was packed and it was fun interacting with everyone.

11) What is the most ridiculous argument you’ve heard between two SciFi fans?

I’m going to plead the 5th, because I’m just asking for a flaming troll attack no matter which one I pick. We fans get pretty passionate sometimes.

12) Have you ever been able to work with someone you’ve idolized?

I’ve had the pleasure of working on sets with actors like Tom Arnold, Michael Rosenbaum, Emma Caulfield, Morena Baccarin, and others. Many of them were awesome to meet, but they were not really someone I idolized. Now if I ever get to work with one of the showrunners or writers/directors of my favorite shows and movies I would have a hard time not geeking out in front of them.

14) What is the most mundane aspect of your work?

Scheduling filming can be pretty mundane and time-consuming, but so very important. Trying to get everyone to agree to a project and get them all to show up when needed is trickier than it sounds… and it sounds tricky. It takes sooooooo long to do and is not the most creatively fun aspect. 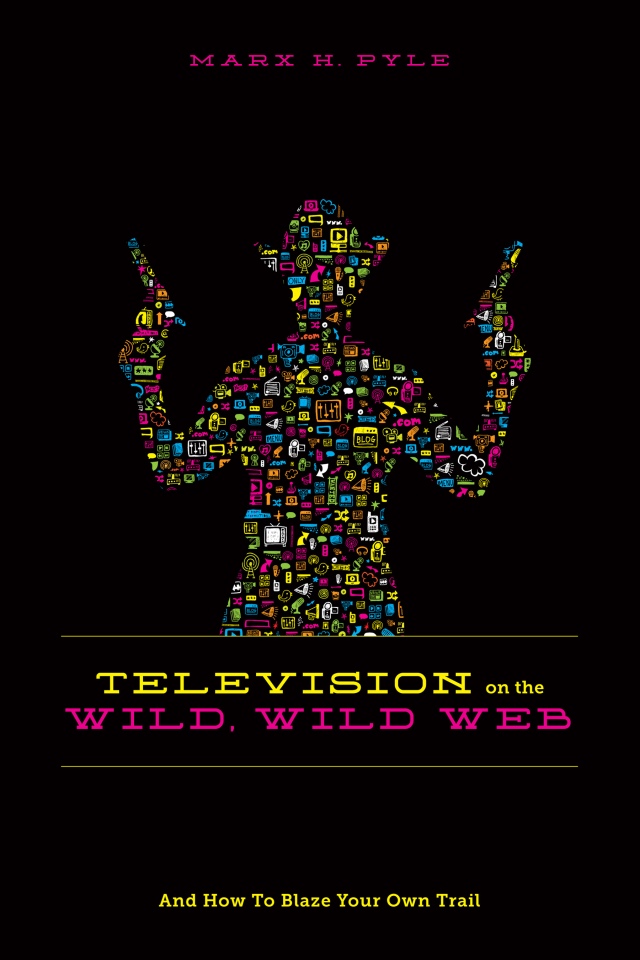 15) When did you start writing Television on the Wild Wild Web?

A little over a year ago I started. Writing a book was a lot harder and more time consuming than I realized. I spent a lot of my time researching and double checking facts. It was a great experience and I just may do it again with another book on a different topic.

16) What do fan-producers have to do to make sure they don’t commit copyright infringement?

That is a complicated question. Before I start, I’m not a lawyer so I’m not officially giving any legal advice here.

First off, they technically are infringing the copyright by default unless they have official permission. I would suggest if someone wants to make a fan production that they first check to see if there have been a history of others (like Star Trek) to give you an idea if the owners of the Intellectual Property (IP) are friendly to the idea.

Next, if there isn’t a well-established history of fan productions on the story setting I would suggest approaching them. I know that can be worrisome because they may so no, but better before you film than after. Because really if they want to protect their IP, they can tell you to take it down. I personally think that is a bad approach to fandom, but it is their legal right.

Lastly, make sure you make it clear online, in the credits, etc that this is a fan production and not official. Also be sure you aren’t making a profit. I think that line can get blurred easily, so be careful.

17) What ‘hat’ have you not yet worn on a production, and would like to try?

I think I’ve done just about every one of them except for make-up. I think that could be a fun hat to wear for special effects make-up, but my skill set is pretty weak in that area. I don’t think anyone wants me doing that. I would put Ferengi ears on someone’s neck and make it look like a bad Cardassian.

I love my iPad. I don’t use if for writing scripts, but I enjoy using it for about anything else. Plus, it reminds me of Star Trek tech.

My Swiss Army knife, because it always comes in handy at unexpected times… and I can’t help but think of MacGyver everytime I use it.

Han, for sure. Because it was the original way it was told and I believe that editing is important, but once the story is told you made an agreement to the audience that you shouldn’t break by going back and changing things in the story. I have no problem with improving visual effects and the such, but changing story elements is not cool in my book. Not only is it a little rude and second guessing yourself as a storyteller, but it causes confusion and starts to take away the magic of make believe. Plus Han is a scoundrel and he would so shoot first. 😉