Posted on September 10, 2014 by AmyBeth Inverness 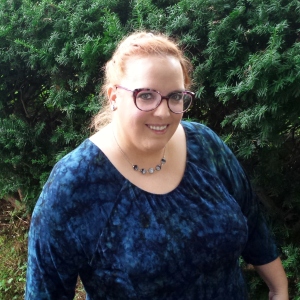 Why am I always loopy when I make these updates?

So, I got all dolled up today for a photo shoot with a professional photographer who took headshots with the supermoon in the background. It went very well, and I can’t wait to see the finished product!

I’m attempting to get over a cold that the kids brought home from their first week of school, but as usual I can’t shake the cough. That’s why I’m sitting at the computer at 5am, having been awake since 3.

Although August in general was a good month for writing (I got all twelve stories in to my editor) this past week has been pretty bad, mostly because of being sick. In the past six months, I’ve been sick enough that the doctor prescribed antibiotics three times. That’s WAY too much! I really don’t want to be sick again already. If this is just a cold, fine…let’s just get it over with. But I don’t think I can handle another infection.

I had success with writing one of my rough drafts in a lab notebook instead of typing into the computer. I’m doing this again, but the going is slow. Hopefully if I can shake this cold I’ll be able to speed up again.

When I got home tonight, I was feeling rather pretty (aided by the fact that my 6yo kept saying ‘pretty Mommy!’ She’s obsessed with cosmetics at the moment) so I made this little video. I shared it on facebook but only got one comment…I’m not sure whether that’s because facebook’s algorithm decided that my YouTube shares aren’t worth seeing, or whether my friends saw it, decided I had finally lost it, and are afraid to say anything…

A writer by birth, a redhead by choice.
View all posts by AmyBeth Inverness →
This entry was posted in ROW80, Writing and tagged #ROW80, coughing, headshots, supermoon, update. Bookmark the permalink.

3 Responses to I’m a Bit Loopy