When They Know You, and When They Don’t

Posted on September 22, 2015 by AmyBeth Inverness

About ten years ago, before we had kids, I took hubby down to the area in southern Connecticut where I lived and worked as a nanny back in the early nineties. I knew the kids had not only grown, but moved to different houses, and I hadn’t kept in touch so we weren’t intending to look them up. (I have since found them on social media, and there’s one I do have fun with on occasion, as we are now in similar fields… 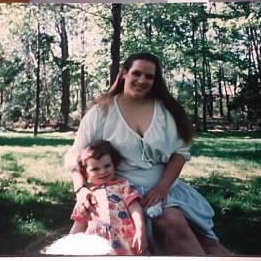 Hi Moira!) The one place I felt sure I’d find some old friends, or at least their parents, was my old church.

We joined the congregation for morning worship without anyone giving us a second glance. That’s sad, but not too unusual for a large church. After the service, I found an older couple whose then college-age daughter had been in the young adult group with me. Their claims of “Funny…we don’t remember you at all” were not at all apologetic. They were suspicious and accusing.

It broke my heart.

In both the church where I grew up and the church I was involved in when I met my hubby, I was very active. I was used to being recognized and welcomed. I was needed and appreciated. It was strange to realize that all churches weren’t like that.

My most heartbreaking moment in church came when, during the Wednesday night kids’ activity, hubby and I found out we were losing our foster children. The social worker came to the church to get them. We let them finish dinner with their friends, then said goodbye. That story does not have a happy ending, but it’s not one I’ll tell here.

Shortly after that, hubby and I moved to Vermont to be closer to my parents. We came to church with them, to the same church I’d attended with my parents before becoming a nanny. We were recognized as an extension of my parents…nothing more. It didn’t help that just walking into a church at that point in my life caused me to cry uncontrollably. I frequently walked out, or skipped altogether.

We continued to embrace being extensions of my parents for several years after that, as we started college. We didn’t find another church until we finished our associate’s degrees and bought a house in another city.

We loved that church and still miss it to this day. This church immediately stepped up when we began attending, getting to know us and welcoming us. This church prayed with me as I cried, the preacher laying hands on me and praying for my infertility issues. This church celebrated with us when we suddenly started bringing a little red-headed six-year-old firecracker with us, and followed along the long road to adoption with us. This church applauded during her baptism, when at long last her adoption was finalized and she took our last name, and she happily announced to the congregation “Mommy’s having a baby!”

This church oohed and ahed when that baby slept through her role as Jesus in the Christmas pageant that year, watched over by a red-headed angel holding a stick with a star on it.

That church cried with me a year later, when that baby went through not just one, but two back surgeries and the removal a lump that was, thankfully, benign.

And then we moved again, back to my parents’ empty house, because they’d retired to warmer climes but were unable to sell the property. Moving meant either driving forty-five minutes every Sunday to the church we’d come to love, or simply resuming our place at the local, familiar church, but this time without my parents.

Only a few people remembered us. The minister who knew me had retired and moved on. No-one knew my older daughter as ‘the adorable little girl they happily adopted.’ She was just a kid who acted weird, and so by extension, we must be weird parents, and not in a good way.

I started to notice things I hadn’t noticed before. Whereas at our old church, all the kids would run around together after the service while the parents had coffee, in this church (which was at the same time old and new to us) all the kids stuck close to their parents, looking bored as they hugged tightly to their father’s legs. I volunteered in the nursery, but there were more than a few little ones who refused to leave their parents. Many days, the nursery consisted of five parents sitting with five kids. I volunteered on another committee for a while, where my ideas were listened to with a smile and then summarily and politely dismissed. I volunteered to bring food to the youth, only to find another Mom there waving me away telling me she had it covered and my contribution was unnecessary. I showed up to fill the volunteer position I signed up for at a dinner & entertainment style fundraiser, only to be politely shooed away from every place I tried to step in and help, being told that others were already handling it the way it was supposed to be done. (And yes, some of these same people regularly complained that they have to do it all because no one else will help.) When the call came that there weren’t enough volunteers for the upcoming Sunday School, I volunteered to teach (which I’d done at that church and others before) only to be told a few weeks later that they didn’t need me after all.

We could have changed churches. But we didn’t. There aren’t as many Open and Affirming churches as there should be in the world, and this was (and is) one of the few. In spite of numerous little rejections and issues, there are many good people in the church. My eldest, now a teen, has been accepted with her special needs. The other kids don’t exactly embrace her (I don’t blame them. I love my daughter, but she is frequently not nice to her peers.) but most of them understand that she has special needs and they accept and include her. Youth group was the first place she was ever able to go and just be one of the kids, without needing a trained caregiver accompanying her. The youth pastor is absolutely awesome, keeping an honest dialog open, being straight with both my daughter and with me about what is acceptable behavior and what is not. We often have the problem that well-intentioned people say “Oh! She’s so great!” even when she’s doing something downright rotten. The youth group and pastor don’t condescend like that. I feel very happy when I see my daughter start to push buttons, but instead of giving her attention, the other teenagers completely ignore her. Then she stops pushing buttons. WIN!

Church has always been a very important part of my life. Missing Sunday morning service was something that only happened if you were deathly ill. After losing our foster kids, I couldn’t walk into church without breaking into tears. I eventually (mostly…) got over that, especially with the arrival of my own daughters.

Then, a couple of years ago, I started doing most of my writing late at night. It worked well, and we made it into part of the family routine that Daddy does the mornings. I don’t describe this as “Mommy sleeps in.” This is Mommy’s regular work schedule, very similar to when I worked the swing shift at a call center and got off work around eleven every night. It also works well because (TMI Tuesday!) my health issues and medicine make it important that I stay near a bathroom in the morning until my body has done everything it needs to do. When I take care of myself, I can be productive. When I stop making my health a priority, things deteriorate quickly.

One unfortunate side effect of my second-shift schedule is that it makes Sunday morning church very difficult. Sometimes hubby will take the girls without me, but he’d rather have me join the family. This only reinforces the ‘who are you again?’ aspect of church membership. There are a number of friends there who do know me, and even if they don’t see me at Sunday morning worship every week, they still recognize me as a member of the church. But there are also many people who have no idea who I am.

I am a member of many communities. My neighborhood, my church community, and the writing community, which is divided into many subsets such as RWA, The Pikes Peak Writers, (Still trying to get back to Colorado! Hopefully we’ll be there soon!) and a couple of groups on facebook and Google Plus.

Some of these groups know me.

But they should. Because I’m pretty awesome.

ROW80 Update for the Week

It’s the end of the round, or close to it. I think I need to alter my goals for the next round; I need to find a way to measure the writing-related activities such as editing. I can track that in words or pages, although sometimes I’ll go through an entire page that needs no changes, and then the next page will need a dozen. It’s tricky to track. Promo, that important task we all hate, must be done, but for the life of me I can’t think of how to track it. I could say that I’ll share some kind of promotional post at least once a day, but other activities such as writing a blog post specifically aimed at promo (like my guest characters over on The Cities of Luna Blog) take more time. I need to strike a balance between  keeping my name visible (and being known) and pissing people off with too much promo.

I also need to do more actual writing. I will keep my standard 1k=an acceptable day, 2k=a good day, and more is a great day of writing. I will keep the idea that sometimes, writing-related activities supplant actual writing. However I need to take a stand regarding just how often the writing-related can push out the actual-writing. Three days a week? Something like that. Also, round four always includes NaNoWriMo, one of my favorite annual writing events. I haven’t decided whether I’ll do another novel, or a couple of novellas. A small publisher is currently considering my Kingdom Come stories; if they give me a ‘yes’ before November, I may make another KC story my NaNo novel. I will still write the Cities of Luna shorts, which are a delight to work on, and I have quite a number of them ready for final edits already. I’d also like to get my Steampunk series up to the point where it’s ready to query.

Decisions and planning to do in October.

On to the next round!

8 Responses to When They Know You, and When They Don’t