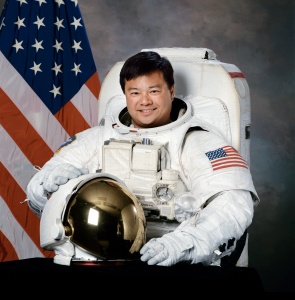 Leroy Chiao is a former NASA astronaut and International Space Station commander. He works in business and consulting. He is a co-founder and CEO of OneOrbit, a training and education solutions company. Chiao also holds appointments at Rice University and the Baylor College of Medicine, and is an advisor to the Houston Association for Space and Science Education.

He has worked in both government and commercial space programs, and has held leadership positions in commercial ventures and NASA. He was the first LSU Raborn Distinguished Chair Professor. Chiao has extensive experience as a NASA Astronaut and prior to that, as a Research Engineer. Dr. Chiao is a fellow of the Explorers Club, and a member of the International Academy of Astronautics and the Committee of 100. Chiao also serves in various capacities to further space education.

Dr. Chiao left NASA in December, 2005 following a fifteen-year career with the agency. A veteran of four space missions, Dr. Chiao most recently served as Commander and NASA Science Officer of Expedition 10 aboard the International Space Station. He has logged over 229 days in space – over 36 hours of which were spent in Extra-Vehicular Activity (EVA, or spacewalks). In 2009, he served on the White House appointed Review of U.S. Human Spaceflight Plans Committee, and currently serves on the NASA Advisory Council.

A native English speaker, Dr. Chiao also speaks Mandarin Chinese and Russian. He has flown space missions and worked closely with Russian, Japanese and European Astronauts and their affiliated space agencies. Dr. Chiao is uniquely qualified to speak about the United States, Russian, Japanese, European and Chinese Space Programs. A Space Station Commander and Space Shuttle Mission Specialist, Dr. Chiao was also a certified Co-Pilot of the Russian Soyuz spacecraft. He is an expert in all facets of U.S. and Russian EVA hardware and operations and is EVA certified in U.S. and Russian spacesuits, tools, and training programs. In September 2006, Chiao became the first American to visit the Astronaut Research and Training Center of China. There, he met the first two national Chinese astronauts, Yang Liwei and Fei Junlong.

Dr. Chiao studied Chemical Engineering, earning a Bachelor of Science degree from the University of California at Berkeley in 1983. He continued his studies at the University of California at Santa Barbara, earning his Master of Science and Doctor of Philosophy degrees in 1985 and 1987. Prior to joining NASA in 1990, he worked as a Research Engineer at Hexcel Corp. and then at the Lawrence Livermore National Lab.

Each Shuttle had its own personality, like different cars of the same make and model. In the grand scheme of things, they were functionally very much the same.

2.      Have you visited any of the shuttles in their retirement?

I have not. I am not opposed to it, but haven’t had the motivation to go see them, since I am still sad that they were (in my opinion) retired too soon. 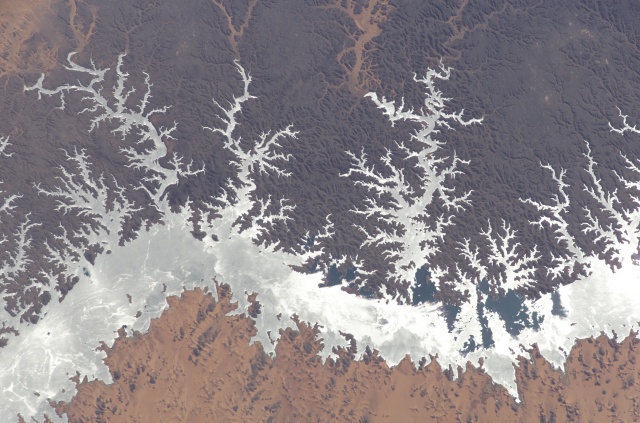 3.      What are your favorite images from your time on the ISS?

Two of my favorites are Lake Nasser in sunglint, and a shot I made of the Moon. I have attached both. 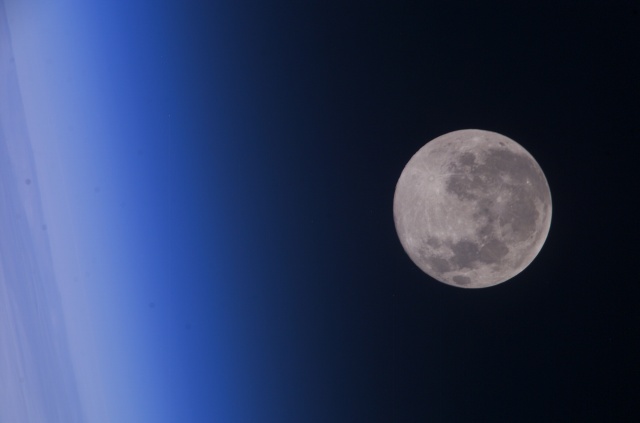 4.      How much has the ISS changed in the last decade? How much more will it change before it is decommissioned?

The ISS has changed quite a bit in the last ten years. When I was there 11 years ago, it only had one US solar array and did not have Node 2 or the European or Japanese modules. It is quite a bit larger now, and has a crew of six (we were flying crews of 2 when I was there).

5.      How many countries have contributed to missions on the ISS? Do you think China will ever do a joint space project with other nations?

The ISS partnership includes the US, Russia, the countries of the European Space Agency, Canada and Japan. I would personally like to see China included. The US has opposed that consistently, mostly because of a few very vocal Members of Congress. I think it is beneficial, not only in space exploration, to work with other countries. It betters the relationships overall.

6.      In my series The Cities of Luna, many different entities founded settlements on the moon, and eventually united. In real life, will certain prime real estate on the moon cause a land-grab? Can humanity colonize a new world without excessive conflict?

Good question. Right now, by treaty, it is generally agreed that nobody can own the Moon, or any part of it. We are all free to explore the Moon and to bring back samples. It’s analogous to how we treat Antarctica.

Absolutely. The Moon is a close place to test hardware and train crew in a realistic environment that can be treated as an analog to Mars.

8.      Will humans who make their lives on the moon or Mars ever be able to return to Earth?

This is an unknown. It is possible that people who live their lives in these different environments might now adjust well to Earth.

9.      My 8yo daughter attends a small charter school that includes grades K-12. Would all the grades benefit from OneOrbit’s school program? Are there different programs for older and younger students?

Absolutely! OneOrbit has programs for all ages. The split is typically K-2, and 3-6 for elementary school. We also have middle school and high school programs, and talk to University level too. In addition, we offer corporate leadership and team building workshops.

10.  For a young student with aspirations of becoming an astronaut, what languages would be good to study?

English, Russian and Chinese would be the main languages to know for space!

11.  What is OneOrbit’s book about? What languages will it be available in?

OneOrbit is a photo book about my adventures in space, with impressions, thoughts, and notes on my life and ideas. It will be published first in Czech (my friend who is doing the project is Czech), then in Chinese, then in English.

Clearly, Han. And, I don’t blame him! 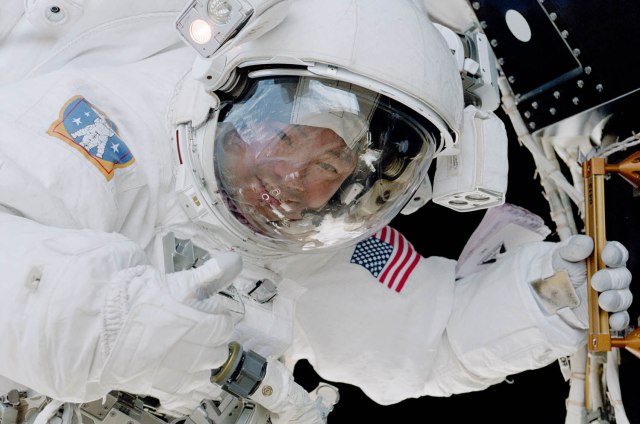 A writer by birth, a redhead by choice.
View all posts by AmyBeth Inverness →
This entry was posted in Interviews and tagged astronaut, ISS, NASA, One Orbit, OneOrbit, OneOribt, space shuttle. Bookmark the permalink.