Posted on October 5, 2016 by AmyBeth Inverness 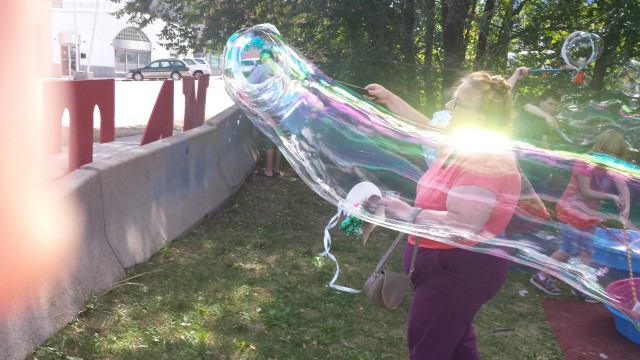 I once took a test for a job where we had a set of written instructions to follow (simple stuff, like turn to page 93 and copy the first sentence in this blank) while a recording played that interrupted us at random intervals, giving us oral instructions. The key was, the second you heard the recording start, you had to pause and give it your attention. You had to do what it said, then you could return to the written instructions. It must have been difficult for many people. Out of about a dozen in the class, only two of us passed.

I dislike being interrupted. I have friends who can write in five or ten minute windows throughout the day whilst herding children and placating the cat. I admire this, but I’m not sure it’s something I’ll ever be able to do.

Although I have spreadsheets with well-organized details and documents with not-as-well-organized notes, there is simply too much stuff that goes into a story. Much of it needs to live in my head. Which of the little bits of info I dropped are going to be red herrings? Which will be important later? What has to happen before something else can happen? What info must be revealed sooner, and what must be withheld until the right time?

When I sit down to write, I start letting all this info come into the front of my mind. I have my notes, I know where I was, and I know where I’m going. It takes a while to get into productive mode. If I’m interrupted, it is not a loss of a few minutes while I address whatever it is that has stolen my attention. The loss is exponential. Think of it as bicycling up a hill… if you have momentum, you need to keep it. If you are made to stop while going uphill, it takes more energy to get started again, even if the stop was only a brief moment.

I may be able to grow out of this. I may be able to cultivate the skill over time. I can do a blog post while being interrupted (I’m popping up every now and then to do the next task in fixing dinner) and other organizational stuff is possible. It’s the story creation for which I need uninterrupted time. As a teacher and a mother, I’ve seen too many students insist “I must learn this way and only this way.” Although it is true that some methods are better for different people, it is also true that using multiple methods always strengthens the learning process. It is  often detrimental for a teacher to insist a student only use one particular method of figuring something out, however it is even more detrimental for the student to reject a method just because it isn’t comfortable at first. I remember when I was in fifth grade, and Mr. Grimm was teaching me how to hold the bow for my cello. It was uncomfortable. I wanted to hold it a different way. But after a while, not only did I get used to holding the bow, but I realized that if I’d insisted on doing it “my way”, I would have had a hand cramp and I wouldn’t have the necessary control to make music. Then again, I also had a piano teacher who got mad at me because I couldn’t stretch my fingers enough to reach an entire octave. I was around six or seven. It simply wasn’t possible.

So…GOALS! This is the beginning of Round Four in A Round of Words in Eighty Days! This is the round with NaNoWriMo. It also marks the one year point where my life changed in dedication to the transition of our family from Vermont to Colorado. We’ve been here for just over six months now, but we’re still kinda in transition, getting our feet under us.

I need to acknowledge that I’ve struggled (and often failed) to meet my weekly goals for the last couple of rounds. Life at the moment isn’t exactly writing-time-friendly, but it’s getting better. I need to put more of a priority on writing time instead of fitting it in after everything else.

A writer by birth, a redhead by choice.
View all posts by AmyBeth Inverness →
This entry was posted in NaNoWriMo, ROW80, Writing and tagged #ROW80, NaNoWriMo, notes, organization, spreadsheets. Bookmark the permalink.