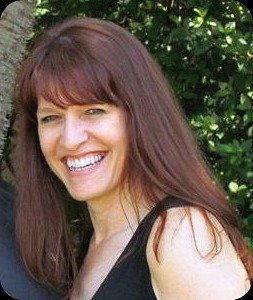 Jenny Lyn is a writer of stories and a lover of all things southern, including her tiny hometown in north-central Florida, where she’s resided all of her life. Wedged between the historic Suwannee River and the beautiful Gulf of Mexico, it’s hot, sticky, and full of mosquitoes, but she wouldn’t have it any other way. When she’s not pecking away on her laptop and arguing with the voices in her head, she’s fishing with her husband or taking her teenage son to see one of their favorite rock bands in concert. She has one book published, Saving Sydney; a short story in the upcoming erotic anthology, Felt Tips; and many more things in the works. She can be found rambling about everything from Elvis to moonshine at her website: http://www.authorjennylyn.com, and often saying inappropriate things on Twitter @Jennylynwrites.

Well, the funny thing about my blog is that it’s probably the least “romance-y” website of any romance writer out there. I talk about everything – birds, Elvis, being a redneck, movies, whatever. That post you read was about my excitement over the movie Prometheus, which has cooled since seeing it. 😦 You’ll have to read my follow-up post where I reviewed it. No spoilers, I promise, just a lot of ranting.

I am a fan of some Sci-fi movies. I love Alien and Aliens, J.J. Abrams’s Star Trek (though I’m not a Trekkie), the original Star Wars trilogy. The “prequels” I didn’t enjoy, thanks to the dude who butchered the part of Anakin Skywalker. I also love the Halo video games and its storyline. I don’t play, I just watch my son. He keeps trying to get me to read the books. I adore the movies with Sci-fi elements that meld genres, Super 8 for instance.

Probably not. I have a huge amount of respect for Sci-fi writers, with their unique creations of distinct worlds and languages and weaponry, etc. I doubt I could do that justice. I’m a big believer in finding your own personal writing niche and sticking with it. That’s not to say I don’t think you should spread your wings occasionally, but we’re usually better where we’re most at home.

Of course not! But let’s face it, that wasn’t a very popular installment in the series, was it? Even my family rolls their eyes at me when I watch it. I just find the Aliens and the Predators to be two of the most detailed, scary space monsters ever created. I think another thing that appeals to me about AVP is that a woman is the lone survivor. 🙂

4.       What research did you do in order to answer the last question in this interview?

I asked my son to recap the scene for me without offering his personal views on what happened so I could form my own opinion. He has both versions, the original and the “altered” re-issue. I chose to comment on the re-issue, but either way it wouldn’t change my opinion of Han. I was always a bigger fangirl of him over Luke.

5.       I’m also a native Floridian, but it seems weird to say that since I haven’t lived there since I was two. I’ve heard that Floridians are “real” southerners… where’s the logic in that?

There is no logic in that, unless you’re only talking about geography. Sometimes when I speak to customers on the phone at my day job they’ll comment on my accent. They automatically think I’m from Georgia. People that don’t live in the south tend to not think of Florida as being a “southern” state in terms of traditions, dialect, mannerisms, etc. I always say you can’t get much more southern than Florida, but I’m speaking strictly in terms of location on a map. And perhaps people don’t qualify us as southern in the same sense they would Alabama or Georgia or Tennessee because our state represents a lot of different nationalities and cultures, depending upon what town you’re in. I’m speaking strictly about my neck of the woods, more north-central and up.

Our state gets a bad rap a lot in the press and I’m always quick to defend it. We shouldn’t be judged on the whole based on the actions of a few. The area where I live is in the crook of the state, or the “Big Bend”. It’s still what I do call “old Florida”. There are lots of natural resources with very little over-population, which sadly, the bottom part of the state suffers from. We have lakes, rivers, natural springs, ancient Oaks, Pine forests, Magnolias, Dogwoods, Spanish moss, alligators, and Mosquitoes the size of Hummingbirds. I love it when people visit my little town and tell me they had no idea Florida was like this. That makes me very proud to live here. Can you tell?

Erm, no. I have gotten a few hits on my website, but I’m sure they’re awfully disappointed at the lack of available “material” when they get there.

7.       What is the most memorable (or disturbing) thing Tiffany Reisz has ever tweeted?

Ah, that’s easy and very memorable for me!

“So @AllieSanders & I have decided that the first story in FELT TIPS will be @JennyLynwrites’ as it best captures the spirit of the antho. — Tiffany Reisz (@tiffanyreisz)”

I danced and cried and squealed about that Tweet for several days. Nothing she says ever disturbs me.

8.       When you first heard about Felt Tips, did you immediately have a story idea?

Actually, when I first saw her tweets about submitting stories for the anthology, I wavered on writing something. I put it off until a week or so before the deadline, and then one day (at work, of course) the idea for my story came to me out of the blue. I tend to do better with writing short stories when I’m under a little bit of pressure to perform. I don’t know why that is, but it just comes easier for me when I have parameters. I had the story, which is called INDELIBLE, written in two days, then I spent a couple more tweaking it before sending it in. I didn’t hear a word from her so I figured she hated it, or it wasn’t up to par with the other submissions and I was going to get a polite rejection. I finally caved and sent her an email to just make sure she got it, and she said she couldn’t find it and would I resend it to her. I had her response back within the hour telling me she loved it.

This is my first anthology, but I hope it’s not my last. For me, so far, the best thing has been making connections with all the great writers involved in the project. And we’re all very diverse in our writing backgrounds. There are men and women, erotica writers, Sci-fi writers, poetry writers, even a few first-timers. With 44 stories, there’s bound to be something for everyone.

And this anthology in particular is for charity! I see great things ahead for it. 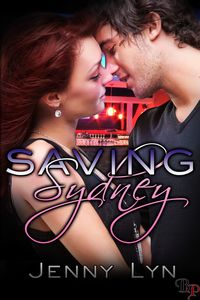 10.   What was the path to publication for Saving Sydney?

I wrote the manuscript over two years ago, then sat on it for awhile, which I think a lot of newbies like me do sometimes. I kept tweaking it and rewriting, working up my nerve, and really just doing way too much self-editing. That’s a problem of mine. When I finally decided I was going to try submitting, I picked a few epublishers and sent it out. Within a week I had interest from LooseId, asking to see the full manuscript. Then came the rejection from them (although, it was a very nice, personal one from Tere Michaels), saying it didn’t have quite enough heat for them, but that they liked my clean writing style and my characterization, and to think of them again for my next project.

Then came the offer from Breathless Press, which having already been rejected once, I jumped on it, maybe a bit too quickly, but that’s another story. It was only a few weeks later that I got an actual phone call from the third publisher, also offering, but I had to turn her down because I had signed a contract with BP.

Overall, the experience was very encouraging and positive, which I know is not always the case with first-timers.

13.   Would you rather be known for writing that one perfect bestseller that turns into a living classic, or a long series of only mildly-successful novels?

That’s a tough question. The book/author that immediately pops into my head is “To Kill a Mockingbird”, by Harper Lee. I’d take that kind of notoriety over mild success any day.

I’ve got a few more books I’m trying to finish and way too many started!

15.   Many writers go through a stage when they hate what they’re writing.  Do you ever feel this way?

I wouldn’t say that I’ve ever hated anything I’ve written, I just haven’t fallen in love with it. If that happens it goes into the “Unfinished Works” folder. I try not to spend too much time on things that aren’t working for me. After all, if it’s not happening for me when I’m writing it, how can I expect it to work for a reader?

16.   What is your ideal writing environment? Have you ever been able to create it?

Has anyone? Maybe Stephen King or Nora Roberts or Nicholas Sparks. Ideal for me is a cottage somewhere on the water (I am a true Pisces) with no distractions and all the time in the world to write on a brand spanking new Macbook Pro. The best I can do is a few hours each evening at a tiny desk in front of a window that overlooks an open field with the door closed to keep out family and pets. 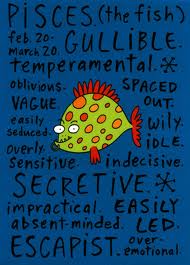 17.   What is your favorite electronic or digital writing tool?

My laptop, though she and I do occasionally have a spat.

18.   What is your favorite non-electronic writing tool?

A spiral notebook, a pen and my imagination. Sorry, that’s three. 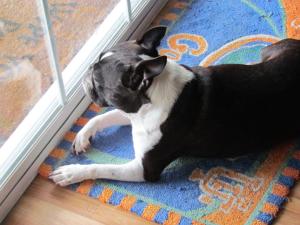 19.   What is the most persistent distraction from writing?

Well, it’s very close on who pulled the trigger first (depending on which version of the movie we’re talkin’ here), but the important thing to me was that Han didn’t miss. Since it’s the first time we meet Han we have to see him as a sci-fi version of Clint Eastwood. The romance writer in me sees him as a little bit of a roguish anti-hero, but that’s my favorite kind. Flawed, but still redeemable in the end. And mighty handsome too!

6 Responses to Interview With Jenny Lyn