Posted on October 26, 2012 by AmyBeth Inverness 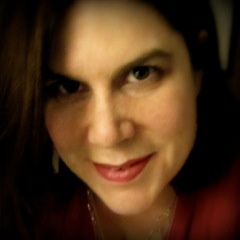 In the eighth grade, Cameron wrote her first romance novel on an antique typewriter, using a stack of pink paper. Detours between that draft and her publishing goals have included a BA in Music, a professional culinary education, and twelve years in the child-wrangling industry.

Cameron is an editor at www.writeonedge.com.

She lives outside of Boston with her family.

1. Do you have anything you consider to be a primary occupation these days, or do you wear many hats?

Strictly speaking, I’m a stay at home mom while I’m looking for a day job to support my writing habit.

2. How have you used your Professional Chef Certification?

I worked as a Baskin-Robbins cake decorator for a year, and as a hotel pastry cook for another year. These days I do custom cakes. Birthdays, weddings, special occasions, but only by word of mouth.

There’s a great quote from Harry Chapin’s song Mr. Tanner, “Music was his life, it was not his livelihood, and it made him feel so happy, and it made him feel so good.” That’s what it’s like for me. I sing all day, I listen to music all day. There’s always music in my writing. I studied voice and composition in college, thinking I would grow up to be a music teacher. I ended up in a totally difference place, but the passion for music is still very much a part of me.

4. Do you still wrangle kids?

5. How did you get involved with Write on Edge?

I’ve been linking up with them since the very early days of The Red Dress Club. I joined looking for feedback when I returned to writing fiction after a nearly ten year hiatus. I stayed, becoming increasingly more involved, until they brought me on as an editor last year, just after the move to Write on Edge.

6. What is your current involvement with Write on Edge?

Currently, I am one of two managing editors. Angela Amman and I share the daily running of the site, curating content, soliciting guest posts, overseeing link ups. I am also the editor-in-chief of Precipice, our new literary anthology.

7. What is your greatest hope for the Write on Edge community?

That we can stay the intimate and supportive community we are while expanding to suit the needs of our writers as they grow and still welcome new writers to join us.

8. What prompted the idea of creating an anthology?

I wanted to create a real, tangible opportunity for our community to showcase its talent. So much of publishing is getting yourself out there. Every author whose work appears in Precipice will have a publishing credit to their name. They get to experience the thrill of seeing their words on the page. For me, as a community leader, there’s nothing better to offer. The anthology idea was one of the first things I brought to the table when I was asked to join the Write on Edge team.

9. Is there something symbolic about the title Precipice?

For me, absolutely. We played with titles that relate to edges (plays on words are fun!), and I think the moment of publication is absolutely a precipice. You’re poised to fly, but you have to take a leap off the cliff to do it.

10. Precipice will contain my first published story, Abandon. What can you tell potential readers to expect from this collection?

11. How much writing did you do before you were published?

I’ve been writing stories since I can remember. And I really did write a salacious romance on pink paper in middle school. I shared it in typed prose form and also in graphic novel format. It featured a cast of characters drawn from my friends and acquaintances, written in a Sweet Valley High-meets-All My Children style. The heroine was a beautiful, ruthless woman named… I shudder to share: Heaven Leigh. Don’t judge. I was thirteen.

I didn’t write much in my twenties. I was busy being twenty-something, but I still thought about story lines and plots and characters. I did read during those years, voraciously. Romance, historical fiction, mysteries, fantasy, classics. I’ve always read a ton, but that was a decade of devouring books at a tremendous rate. A few years after my son was born, I found myself a stay at home mom, and it seemed the moment to try to write the romance novel I always said I’d write.

12. What was your path to publication?

It’s sort of a series of leaps, rather than a path. I entered a short story in a contest. It wasn’t chosen, but I was proud of it. Lacking the money to keep entering it in contests, I taught myself the basics of formatting an ebook for Smashwords, which seemed like a good way to put it out there. I followed it with a second short story a couple of months later. When I wrote Parallel Jump, it was as a gift for a special kid in my life, so I learned CreateSpace’s formatting in order to be able to give him a paperback copy. From there, I’ve just continued to learn the skills I need to put my work out there, if I choose. I’m still hoping to market a book traditionally, to chase the Big Six dream, but I don’t think they own the publishing world anymore.

13. Your published works span several genres. How does that affect your marketing strategy?

You assume I have one. I’m very much still learning. Buck’s Landing has a strategy of sorts, and I plan to focus more on romance going forward, so that should enable to me to develop a proper strategy. Maybe. 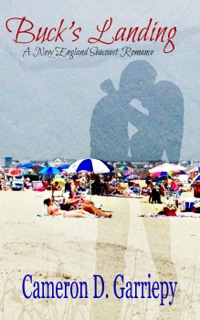 It came out on Tuesday the 23rd!

15. Do you have any rituals for celebrating new releases?

Sleeping. I get anxiety insomnia right before I publish, so once it’s out there, I sort of collapse.

16. You commented on one of my posts that you’re half Vermonter… which half?

My Dad’s family goes back about nine generations on my Grandma’s side. He grew up in Bellows Falls. Vermont holds a huge piece of my heart. My parents met at UVM, I attended Middlebury College, and my brother studied at Johnson State College. I still have a crazy dream of packing my family up and moving to Addison County, but I have to sell a LOT of books.

17. What is your favorite electronic or digital writing tool?

18. What is your favorite non-electronic writing tool?

Purple gel tip pens. I use them for editing (and also signing books!).

19. What story did you enter in America’s Next Author contest?

A teaser for a novel I started on my blog. The working title for the competition is “Left of Paradise.” It’s a contemporary romance, set dually in southern Vermont and the Montana Rockies. The short story covers the period the protagonists spend in Montana together.

Han. No question. The man is impulsive, mercenary, haunted, and ruthless. When you add lethal charm to the mix? He’s perfect. There’s a reason we fall for a character like Han. He’s got every chance to do the right thing, but he never does, not until the moment it really matters. His redemption is one of the best parts of the whole franchise. If he didn’t shoot first, that changes his entire character arc. Also? revisionist history is bulls**t (can I say that here?). Own your bad boy, Lucas. He’s brilliant that way.

Cameron and I both have stories in the America’s Next Author contest! You can vote for as many authors as you want, but can only vote once per author during the entire contest. (I thought it was once per round, but apparently not!) Below you’ll see links directly to Cameron’s page and another to mine.

And on a related note… Precipice comes out this Tuesday, the 30th, and will be initially available from Amazon and then from other retailers as well, in both electronic and print formats!

13 Responses to Interview With Cameron Garriepy