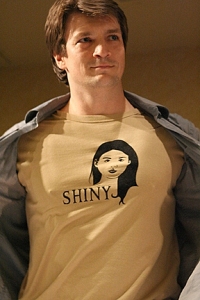 No, no…this picture isn’t distracting at all…

If my writing life was ideal, I would have finished the five books in Victoria Pontifex last year, and the five books in Pangalactic Sojourners the year before that. This frustration defines the early years of my career. So many stories in my brain, so little time.

My current projects are editing my first two Kingdom Come novels, Jubilation of the Southern Cross and Hearthsong, so I can send them to beta readers and eventually query them to an agent. The other project involves my Lunar Shorts, several of which were published in the now defunct GETLF8d magazine last year. (More news on this later, when plans are more definite.)

Every once in a while, something brings to mind one of my on-the-shelf stories and I yearn to go back to it. But I need to stay focused and finish what I’m working on now before I can go back to the other projects.

Pangalactic Sojourners has been nagging me especially hard lately. While writing the second book, I started a fictional blog by the characters. It had several purposes. It was one force that joined the books together, and it functioned as an “extra” for readers to find. (Oh, look…while I was sick for two months, the domain name expired and now none of the links work.) I put a lot of energy into creating a log-in for each of my five main characters (one for each book) and creating blog posts attributed to them.

This series is faith-based romances with quiltbag (gay, bi, trans, etc) characters. Over the past few months, there have been more and more huge steps forward in gay rights, with more states legalizing gay marriage. Each time this happens, I should be doing a blog post by one of my characters (probably Doug…book two…The Chapel at the End of the Universe) celebrating these victories.

But I put these stories on the shelf for a reason. First of all, I had to pick something and stick with it. Kingdom Come won. Secondly, I don’t have enough connection between my characters to make it seem like a series. Doug is hardly even mentioned in the first book. I need to weave them together better.

It feels very strange to purposely set something aside when it seems like it would be the perfect project to work on. But it’s like standing in line at the grocery store when something holds up the person in front of you. You might switch lines, thinking you’ll get through faster, but it doesn’t work. Inevitably something holds up your new line, and suddenly your original line starts moving again. But don’t jump back… if you do, something will cause a new hold-up in whatever line you’re in.

Round three of A Round of Words in 80 Days begins on July 7. Next week, I’ll be stating my goals. This is a transition time, so that could be very interesting. I have stories coming out in two anthologies this month (more about that on Friday!) I may have a new venue for my Lunar Shorts (more about that when I have something solid to share) and I am hoping to do edits on two novels over a marathon weekend. Defining weekly goals might be a challenge.

A writer by birth, a redhead by choice.
View all posts by AmyBeth Inverness →
This entry was posted in ROW80, Writing and tagged #ROW80, lunar shorts, Nathan Fillion, shiny. Bookmark the permalink.