The Value of the Moon

Posted on December 16, 2014 by AmyBeth Inverness

The Value of the Moon

The Moon weighs 83 times less than the Earth, and by the rocket equation it means it is hundreds of times cheaper to launch material from the Moon than the Earth.    There is a lot of talk about using asteroids for raw materials, but it takes years to do a round trip journey to even the closest asteroid, the Moon is a 7 day round trip by comparison. 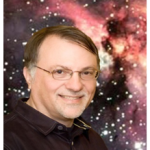 Charles Radley has a B.S. in Physics, an M.S. in Systems Engineering, and about 20 years of aerospace experience. He was a part time technical consultant for Transorbital Corporation, the first private company to be licensed by the U.S. government to explore and land on the moon, and a member of the subcontractor teams for the Galileo and Magellan space probes, the International Space Station, Spacelab-MSL-1 and several communications satellite projects (e.g. Intelsat-6, Olympus). He is currently an EIT Engineer in Training registered in the State of California.

The Cities of Luna is available from your favorite e-books retailers.