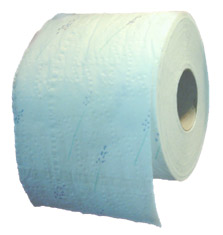 Image via Wikimedia Commons Photo taken and released under GFDL by Tristanb.

Today I posted a SciFi Question of the Day about toilet-paper alternatives. I’m getting some very…intriguing…answers on all four threads. I used to select one question each week to turn into a blog post, but I don’t do that very often anymore. (I cut back on my blogging to concentrate on getting a novel ready to query.) Of the four threads, I think “Three Seashells” has been mentioned maybe a dozen times. Several people have suggested air hoses, either to blast or suck off the detritus. That could have…issues…

My favorite, so far, thanks to Dale Thelander on facebook is “Sonic Bidets.” I may have to write that story…

I realized long ago that there’s nothing particularly special about my questions. It’s the answers that make them popular. 30,000 people on Google Plus aren’t tuning in to see what I’ve posted each day, they’re tuning in to read the answers other people come up with. I have a large group of regulars who almost always throw their two cents into the discussion, and plenty of people chime in only now and again. I have a couple of folks, like Michael Interbartolo, whom I specifically tag every once in a while (AKA send up the Batsignal) so we can get a real, scientific answer. Sometimes the questions are serious, sometimes they’re funny, often they’re both. Every once in a while some troll will say “Hey! That’s not a Science Fiction question!” and I ignore them. Or block them, if they’re rude about it. True, “Who let the dogs out?” or “Does your bologna have a first name?” are not innately SciFi-ish. It is the answers people come up with that make them SciFi. And, oh, the answers people give me…

Sometimes I hear writers on twitter thanking everyone who follows them, as if all their followers are humble, devoted fans. Tis not true. I follow some people (such as politicians) not because I like them, but because I want to hear what they have to say. I follow some people because we shared some intangible connection, solidified in social media. Following someone is not a sign of fandom. It is a different kind of connection.

I have 1,400 friends on facebook. I use my legal name there (AmyBeth Fredricksen) because it’s not just about my writing. Many of those 1,400 started out as classmates or work contacts. Many more of those 1,400 began as gaming connections (friends I added because we play the same game and can be allies.) But people are fascinating, diverse creatures. A friend (Juno) I met because we kept killing each other in Dragonwars has a similar sense of humor to mine, and his oldest kid is close in age to my youngest kid. He’s a regular contributor to the SciFi discussions. Whatever reason I might have had for friending someone on facebook pales over time, as the relationship continues to grow and change. Classmates I barely knew in high school now have interests and life stories that bring us much closer today, even though I’ve moved halfway across the country. People from work discover that we something in common besides the college.

Well over 30,000 people have circled me on Google Plus (where I use my pseudonym.) Many of them point to my SciFi Question of the Day as the reason for the follow. But this doesn’t make them my fans…this makes them part of the huge collective consciousness that makes this…makes everything work! Even if they never speak up or even click the ‘plus’ button, they’re important.

So, if I ever get to make a speech about how grateful I am that I get to be a writer, I will not only thank my fans, but my entire support system of connections, friends, family, and followers. You all rock. Hard. In a good way.

A writer by birth, a redhead by choice.
View all posts by AmyBeth Inverness →
This entry was posted in Commentary & Musing and tagged 3 seashells, Dragonwars, facebook, fans, google plus, networking, social media, sonic bidet, support team, thank you, toilet paper. Bookmark the permalink.